WP 2014/05: The a/simmetrie annual macroeconometric model of the Italian economy: structure and properties 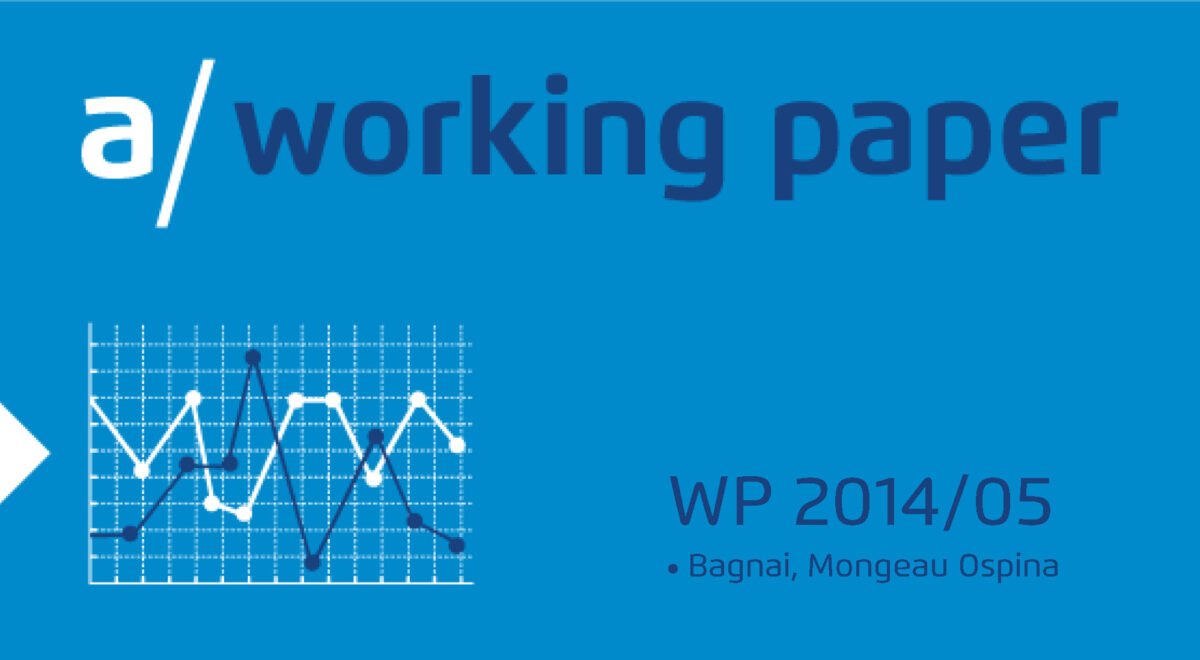 We develop a medium-sized annual macroeconometric model of the Italian economy. The theoretical framework is the usual AS/AD model, where the demand side is specified along Keynesian lines, and the supply side adopts a standard neoclassical technology, with Harrod neutral technological progress. The empirical specification consists of 140 equations, of which 29 stochastic, with 55 exogenous variables. The model structure presents some distinct features, among which the disaggregation of the foreign trade block in seven trade partner regions (thus representing the bilateral imports and exports flows in function of the regional GDP and of the bilateral real exchange rates), and the explicit modelling of the impact of labour market reforms on the wage setting mechanism (which explains the shift in the Phillips curve observed over the last two decades). The model is conceived for the analysis of the medium- to long-run developments of the Italian economy, and as such it adopts econometric methods that allow the researcher to quantify the structural long-run parameters. The equation are estimated over a large sample of annual data (1960-2013), using cointegration techniques that take into account the possible presence of structural breaks in the model parameters. The model overall tracking performance is good. We perform some standard policy experiments in order to show the model’s response to usual shocks: an increase in public expenditure, an exchange rate devaluation, a slowdown in world demand, and an increase in oil prices. The shocks are evaluated by ex post simulation and their impact tracked over a five-year span. The dynamic multipliers appear to be consistent with the economic intuition.